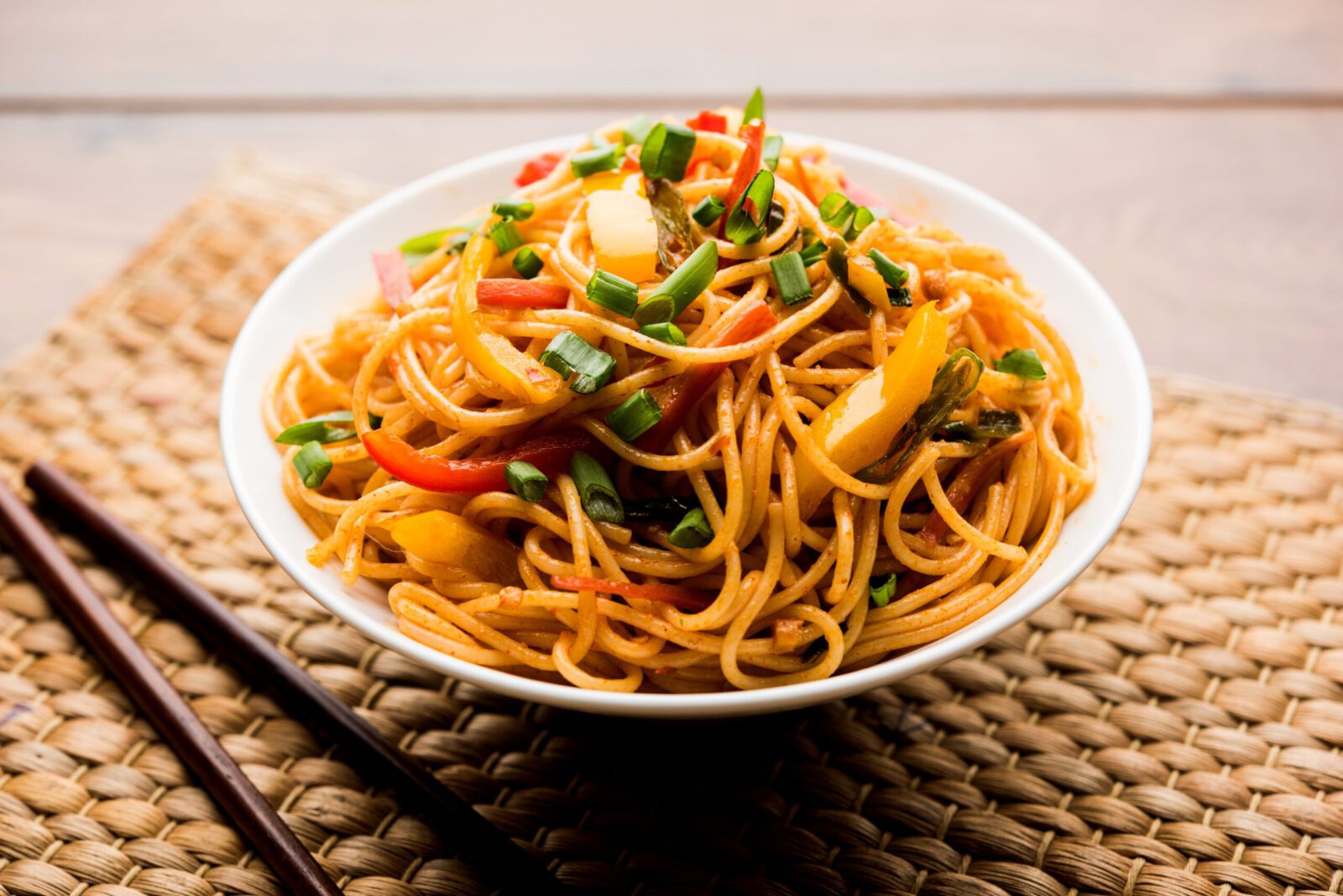 Many Indians today will regard these 6 Indian Chinese foods as nostalgic childhood favourites.

Indian Chinese food is a peculiar yet highly popular fusion food that Indians hold very dear to heart. If you ask Indians who’ve grown up in Dubai, they’ll share fond memories of enjoying ‘Desi Chinese’ at restaurants like Golden Dragon and Shanghai Kitchen during their childhood in the city.

We spoke with two Desi Chinese food aficionados on our Deep Fried podcast to understand the history of Indian Chinese food and some of the popular dishes that a newbie to this cuisine has to order. Our two speakers on the show are (1) our very own tour guide Tanya Rehman (@tanyarehman) (2) Kalyan Karmakar (@thefinelychopped), the author of The Travelling Belly and blogger behind finelychopped.net.

Tune in to hear about the history of Indian Chinese food and some of our favourite dishes using the player below. 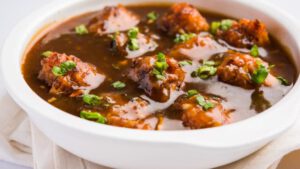 Manchurian is a category of dishes with a sticky soy sauce base that’s been thickened with cornflour. It can be served as a wet gravy dish paired with rice or as a crisp sauce-coated appetizer, the latter of which is usually done with deep fried cauliflower (gobi manchurian is one of our favourites!). The gravy-based manchurian dishes often contain deep-fried chicken, prawns or mixed vegetable balls.

On the Deep Fried podcast, Tanya shares that Nelson Wang came up with this popular dish in the 70s. Though Kalyan claims that the dish is not ‘authentic’ Indian Chinese by Kolkata standards! Tune in to the podcast to get the backstory on Nelson Wang and this beloved, even if not entirely authentic, dish. 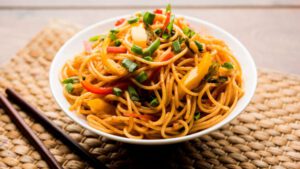 On the podcast, Kalyan shares how in the 90s, Indian Chinese food in Kolkata moved out of restaurants and onto the streets where vendors would recreate these favourites at their stalls. According to Kalyan, a plate of Hakka noodles back then would “cost five rupees and tasted better than any a Michelin dish one could think of.”

Though truth be told, this addictive nature of the dish is probably in no small part due to the copious amounts of ajinomoto (MSG) sprinkled into the noodles! 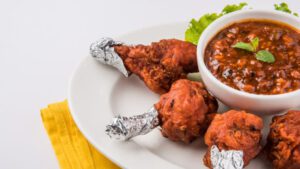 Drums of Heaven are indeed one of those divine appetizers that you can never get enough of! On the podcast, Tanya explains how chicken drumsticks that are frenched, battered and deep fried until crisp and are typically served with a spicy dipping sauce alongside.

Similar to manchurian, Indian Chinese purists from Kolkata might claim that Drums of Heaven are not authentic Desi Chinese but rather a Mumbai invention. Dear Mumbai, we couldn’t be happier! 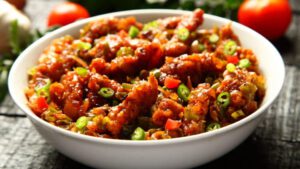 Chilli chicken, fish, beef, fish, prawns and even potato is a genre of dishes where the meat or vegetable is tossed with ingredients like soy sauce, green chilies, often vinegar and ginger. On the podcast, Kalyan shared how this dish was such a family favourite that they would not only order it when they went out to restaurants but that his mum also prepared it for him at home (and now he does it himself too!). While the original version of this dish is a more dry preparation, it evolved into a gravy-based one when it migrated from Kolkata to Mumbai. 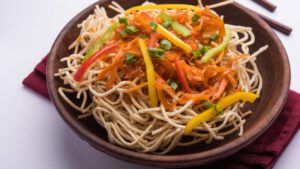 The Indian Chinese version of American Chopsuey is ironically neither American nor Chinese! It consists of deep fried crunchy noodles topped with julienned veggies like capsicum and carrots in a thick sweet-sour tomato based gravy. Some variations will include a fried egg on the top as well. On the podcast, the host Arva admits that this was her go-to dish when as a child, her parents would take her to Indian restaurants and she wanted to order something decidedly different and exotic compared to the Indian food she already ate at home! 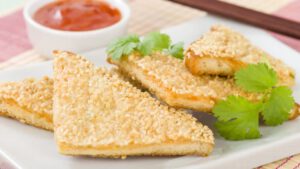 These crisp sesame-seeded triangles of deep fried bread smeared with prawn paste are hands down one of the best appetizers you can get at an Indian Chinese restaurant (along with chicken lollipops!) Of all the dishes in our Desi Chinese list, this might be the one that’s closest to a dim sum called hatosi that’s actually enjoyed in China. Dunked in a sweet spicy dipping sauce that’s usually served alongside, it’s not uncommon to have one too many before the mains hit the table!